Last season we visited this site and climbed the northern of three redoubts that were attacked by British and Arab forces in 1918. These redoubts are large hilltop locations with well established fortifications used to protect the railway station at Mudawarra. We know there were around 160 Ottoman soldiers stationed on these redoubts, and that attacks took place several times before they fell.  This season we went for the first time to the southern redoubt.

The fortifications include long walled areas at different levels on the hillsides arranged to face incoming forces in the direction of most likely attack.  These walls are built with holes in to enable rifle fire from protected positions - loopholes. In the picture below one of these can be clearly seen.


At two of the loopholes along this wall today groups of fired Mauser cartridges were found directly associated with them - clear firing positions. 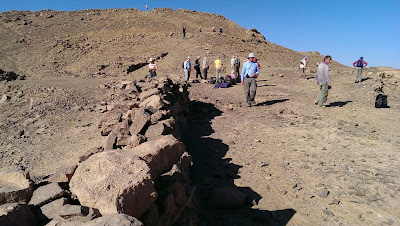 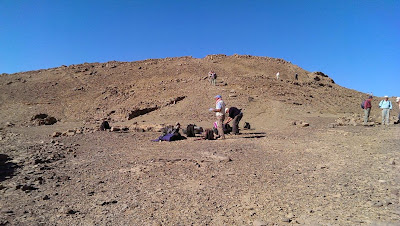 Other features abound on this multi-level site, including tent rings, buildings and walled firing positions. The day was spent investigating these for evidence of one or more of the attacks that took place here. 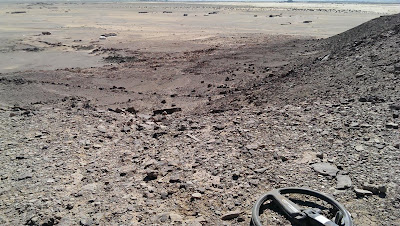 This is a steep site on several layers and the images do not really indicate the difficulty of access. Some of our team remained on the lower level, which was difficult enough to get to, whilst others worked higher up. 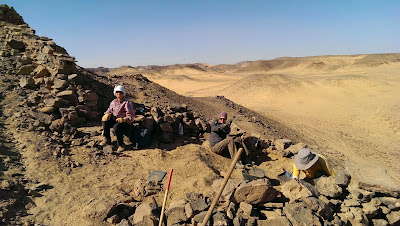 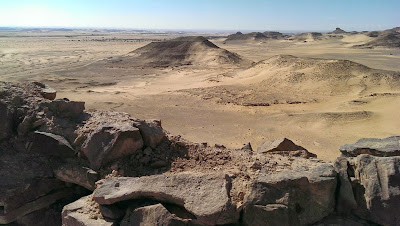 We were joined at several times today by local Bedouin children who were interested in what these strange visitors were up to. Down in the flat wadi below were around 20 Bedu tents, with camels, goats and associated items. 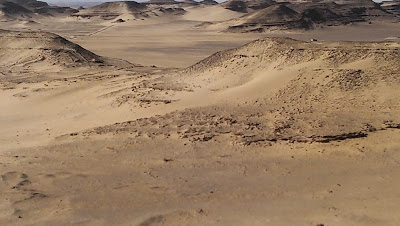 We are back here tomorrow for our last field day this season.
Posted by Roger Ward at 17:48