Today the pictures tell much of the story.

The tent rings at the extended campsite at Batn Al-Ghul sit on a plateau at the height of the modern and Hijaz railway near to where the station would have been at the time of the Arab revolt. This station acted as a delivery point for men, animals, water, supplies and armaments to fortify and defend the line here. At a high point nearby on the ridge there is a large, well preserved fort, with extensive walling to delineate the boundaries, established firing positions, several now quite damaged buildings, a large area possibly for animals and several marked pathways leading between doorways into the buildings. This is Fassuah Ridge fort. 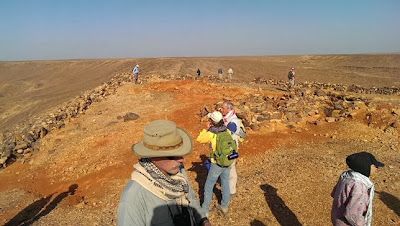 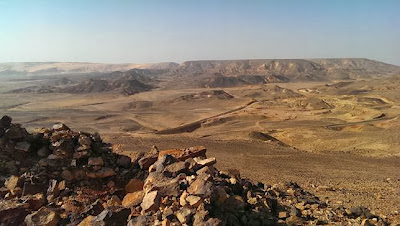 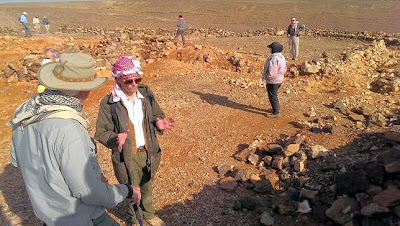 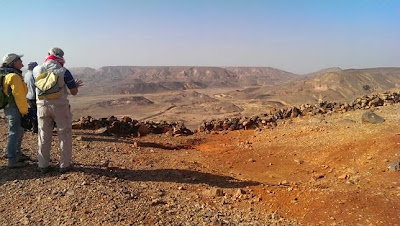 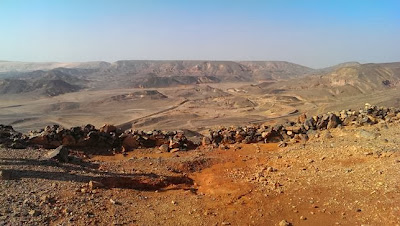 To the north there is a vast flat plain with many tent rings, mule lines, bread ovens and other features, and this landscape continues for a mile or so to the next station up the line at Aquabat Hijaz, where the phosphate now being mined is loaded into modern trains for transportation north and south . The most impressive thing about Fassuah ridge fort lies in the other direction however, and the images today reflect that. To the south the land drops away as the escarpment joins the high plain to the lower land below. This is the infamous Belly of the Beast - Batn Al-Ghul itself. The fort is perfectly situated with completely commanding views to the south. It's likely to have been used as a defensive position for centuries before being adopted by the Ottomans during world war 1.  Its strategic position is obvious, and the place itself and the views from it are genuinely inspiring. 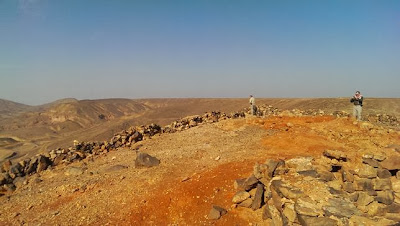 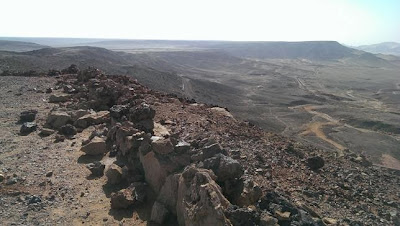 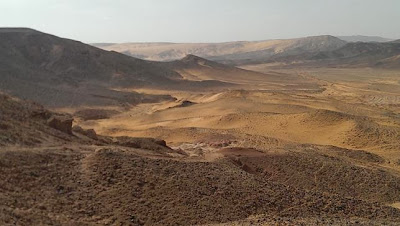 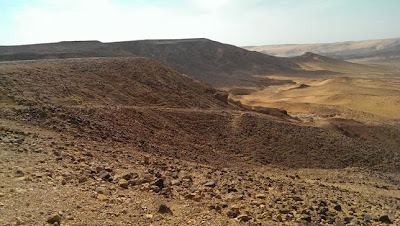 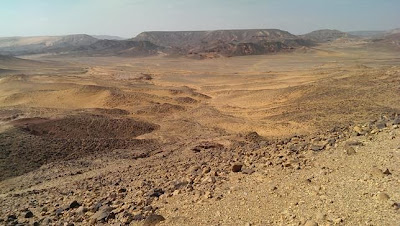 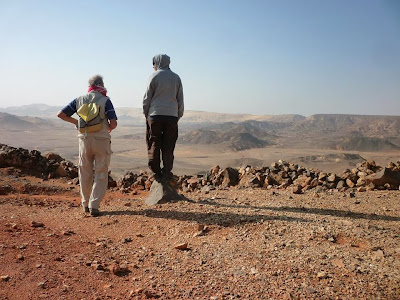 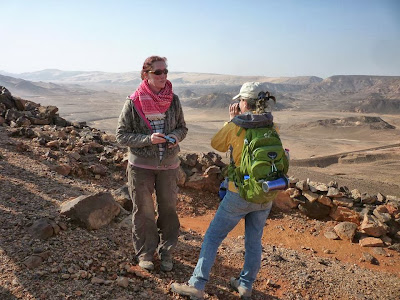 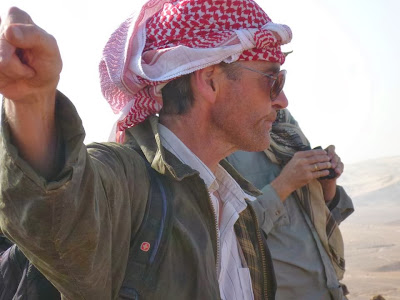 Further down on the same level as the northern Ottoman camp lies the southern one, which has two clear lines of tent rings parallel to each other and running almost to the end of the plateau. This is the edge of the escarpment itself, with more sweeping views down into the wadi below. 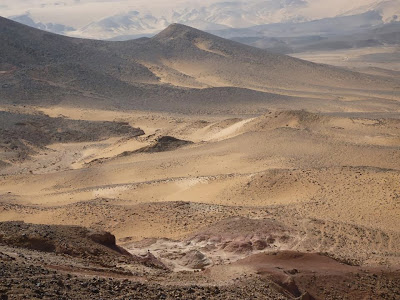 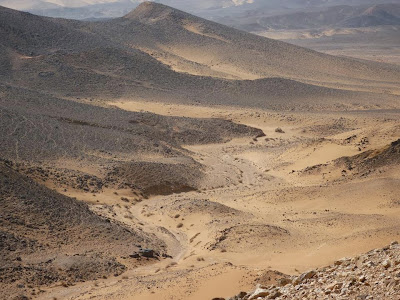 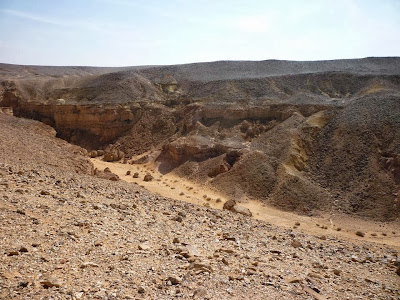 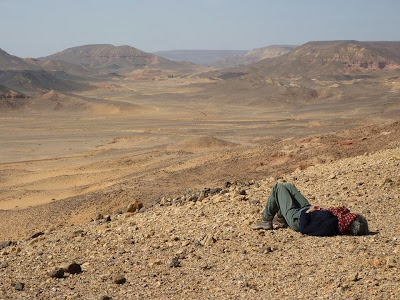 Answering another question posed in the comments - those who have attended the GARP project as members over the past few seasons will recognise that yesterdays image posted here of our lunch represents a significant culinary improvement over many previous years. In the past it has been usual just to have flat bread, cheese triangles and unidentifiable cylindrical meat as the total extent of the lunchtime diet. The fact that we now have olives, humus, tomato and mustard, together with bananas is a truly revolutionary departure from historic fare. Who know what delights would be served were the project to continue for another 8 years!